In the late 1950’s Bill and Win emerged into adult life from a society ravaged by World War Two. They met at Durham University and fell in love. Together they longed for a faith that would guide them, in their love for one another, from the shadows of the past into a more secure future.

They came from very different backgrounds and they had acquired spiritual hopes and queries without certainties. Moved and intrigued by Jesus of Nazareth, neither of them claimed to truly know who He was or to understand Him. Without finding an answer, they got married. Led by Bill’s tireless intellect, they would pursue the question. This is a book about the family and its journey of faith.

Ruth Evans is a contemplative sister who lives and writes in the diocese of Shrewsbury. She owes her adult spiritual formation to the Poor Clare Order where she lived until the closure of the Poor Clare Convent at Woodchester in 2011. Her life and writings have been strongly influenced by her father Bill's spiritual legacy, Franciscan theology and the abolition movement in the USA. 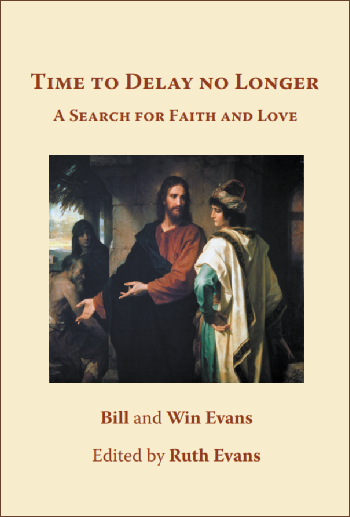