Apostle of the North

Rowland Broomhead was born into a recusant Catholic family in Sheffield, but his life and work were to impact on the whole of the Northern Vicariate –  which included Lancashire, Cheshire, Yorkshire, Cumberland, Westmoreland, Northumberland and Durham – and especially in the establishment of Ushaw College; hence a veritable ‘Apostle of the North’.

The recusant experience formed his early years and laid the rudiments of his faith, and he continued his schooling at Sedgley Park Hall, near Dudley, before moving on in 1765 to the Venerable English College in Rome, where he spent the next ten years. He was appointed to the mission in Sheffield in 1775 and despite the short period of his tenure was there long enough to influence the local Catholic population, reluctant to see him go to Manchester in 1778.

His apostolate was set against the backdrop of a nation rapidly changing with the Industrial Revolution and at war in Europe, especially with France, with political unrest in Ireland and revolution and war in America; all of which touched his life and the lives of the people in Manchester. These problems were a catalyst towards Catholic Emancipation, and Broomhead arrived in Manchester, where many of the inhabitants had a reputation for being anti-Catholic and anti-Irish in the same year as the government passed the First Catholic Relief Act.

Until 1787 he worked not just in Manchester but across a large area of south-east Lancashire and parts of Derbyshire and Cheshire. When he then became missioner in charge at Manchester he was able to concentrate on work in the town, and established himself in civic affairs, especially charitable hospitals and serving the poor.

Broomhead was deeply involved in his church of St Chad, Rook Street, and besides the everyday religious pattern of Mass, prayers and Sacraments he introduced ‘Public Instructions’ in order to listen, to question and to point the way forward to heaven – an exercise reaching out to people of all faiths and of none that was hugely successful, leading to a need to build more churches. The climax of his life was the opening of the church of St Augustine in Granby Row, which not only provided for his many parishioners but made provision of a room under the church for a school for one thousand pupils. His funeral stopped up the streets of Manchester, and business ceased, as thousands more mourned him for his ministry and for his contribution to life of the town. 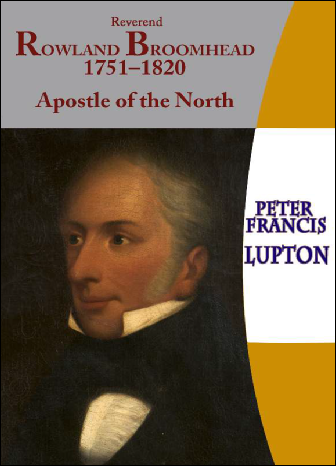