Unless the Tongue Catch Fire

Before his appointment, in 2011, as the seventh Archbishop of Cardiff, George Stack served for forty years first as a priest and then Auxiliary Bishop in the Archdiocese of Westminster.  Eight years of his ministry were spent as administrator of Westminster Cathedral.

In addition to his wide experience as school and hospital chaplain, parish priest and Vicar General, his regular broadcasting for BBC Radio 4 in the Daily Service and Prayer for the Day has ensured a rich and varied ministry.

The different situations in which he has had to preach and speak have convinced him that, even in this age of highly technical means of communication, people still make a space in their lives for the word of God to be proclaimed and preached.  Pope Francis speaks eloquently of this in Evangelii Gaudium when he writes about ‘words which set the heart on fire’.

This collection of homilies takes as its theme the ordained ministry of the Church.   They are offered in the light of more words from Pope Francis, ’The homily is the touchstone for judging a pastor’s closeness and ability to communicate with his people.’ 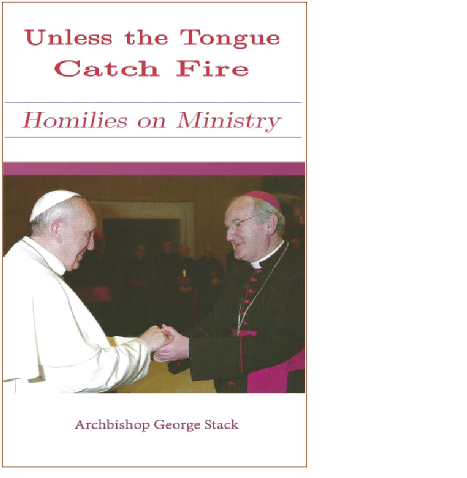