Edith the Fair: Visionary of Walsingham clearly establishes for the first time the

historical identity of the Shrine’s foundress, the visionary ‘Rychold’.

The founding date of the Marian Shrine of Walsingham – the National Shrine of England – has long been disputed by historians, despite being one of the most widely visited shrines of medieval Europe.  From the reign of Henry III the Shrine was a frequent place of royal pilgrimage, even for Henry VIII, under whose reign it was to be destroyed. The religious, political and economic importance of this Shrine makes it intriguing that while the histories of other Marian shrines have been well studied, surprisingly little attempt has been made to understand the message of Walsingham and the story of the woman to whom it was entrusted.

The Lady of the Manor, ‘Rychold’, named as foundress in the Pynson Ballad, with the foundation occurring during the reign of Edward the Confessor, is a legendary figure without any substance other than this single attribution. By rigorous re-examination of the primary sources, Bill Flint is able to affirm the Saxon foundation of the Shrine and its royal heritage, identifying the foundress visionary as none other than Edith the Fair, granddaughter of King Aethelred the Unready, niece of King Edward, and wife of Harold Godwinson the last Saxon King of England.

Flint’s exhaustive analysis of the iconography of Our Lady of Walsingham together with his historical research into the figure of ‘Rychold’ reveals why her identity remained obscure for so long. His insights permit a fresh examination of the message of Our Lady of Walsingham, which has significant implications for the understanding of Anglo-Saxon Christianity and the Catholic Church in England.

B. W. (‘Bill’) Flint, Catholic author, lecturer and pilgrim was a Research Fellow for Maryvale Institute and Parish Catechist at St Mary-on-Quay in Bristol working with undergraduates and graduates of the University. In 2007 he published The Rose of Normandie, a theological exploration of the life and works of St Thérèse of Lisieux, and in the same year a volume of poetry under the name William Connor Flint. He began his research on the Shrine at Walsingham in 2006 ‒ a study which allowed him to pursue his interests in Anglo-Saxon history, theology and literature ‒ and which he completed about a year before his death in September 2014. 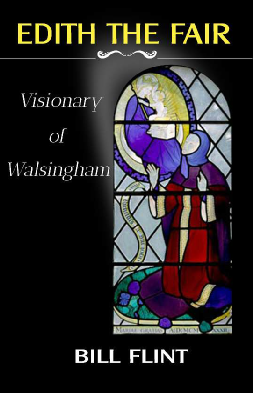