Reading the Rule of St Benedict as Story

Like his previous two books, this one also contains conferences delivered by an abbot to his fellow monks - in this case mainly based on retreat conferences given to other monastic communities.

This third volume looks at the Rule of St Benedict, by which monks and nuns have been living since the sixth century and also followed by an increasing number of lay people. There are many books on the Rule; this one is different and takes a look at it as ‘story’ - The Tale of Quisquis.  The Quisquis (Latin for ‘anyone’) of the tale is ‘anyone’ who hears the call of the Lord and answers it. One of the purposes of the book is ‘to uncover in the Rule a narrative of such an individual’s return to God as it unfolds in his inner and outer life.  As the chapters follow their at times disorderly order, it seems possible to discern a hidden “story of a soul”.’

Hugh Gilbert, OSB was a cloistered monk for thirty-seven years and Abbot of Pluscarden Abbey for nineteen.  In the summer of 2011 he was called by Pope Benedict to become bishop of Aberdeen and was ordained to the episcopate on the Solemnity of the Assumption that year. 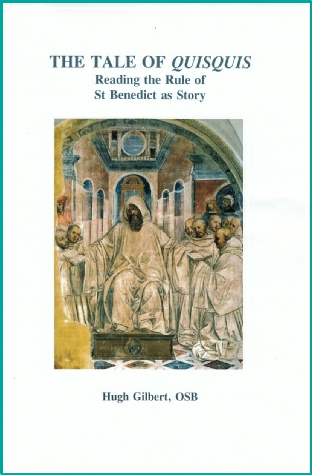