The impact of the Jesuits in the Far East in the sixteenth century was huge. They introduced Western science and astronomy to China, the silk trade to Japan and the printing press to India. They compiled the first dictionaries and grammars of Asian languages and mapped the Himalayas. They were precise recorders of contemporary society, leaving a remarkable account of life at the court of the Mughal Emperor, Akbar the Great. The first Englishman to make a significant impact in India, Thomas Stephens was born in Wiltshire in 1549 and grew up in a rapidly-changing world in which old certainties were being discarded. Educated at Winchester College and

Oxford University, he embarked on a mission across the country to encourage aristocratic Catholic families to remain steadfast in their faith. Escaping arrest in England, he travelled to Rome to enter the Society of Jesus, and after four years of his initial training, he departed for India in 1579 aboard a Portuguese carrack—the first Englishman to sail round the Cape of Good Hope. Stephens was to spend the next forty years in Goa, dying there in 1619. He compiled the first grammar of the Konkani language, and his Konkani Catechism was published in 1622. His most famous work, the Christian Purāņa, written in the Marathi language, and now regarded as a classic work of Indian literature, provided Indian converts with an anchor to their cultural roots. This book both captures the exotic character of sixteenth-century life in the eastern outposts of the Portuguese Empire—its venality, cultural clashes, brutality and license—and explores the self-sacrifice of those in the Society of Jesus who had dedicated their lives to the service of their fellow men. It is an extraordinary account of heroic witness.

NICHOLAS FOGG was born in Stratford-upon-Avon and educated at Warwick School and the Universities of Nottingham, Oxford and London. He has had a varied career in social work, local and national journalism and as a teacher at Marlborough College .A Fellow of Queen’s University in Ontario and former advisor to the Middle East

Institute at Harvard University, he currently advises the Inter-Action Council of Former Heads of State and Government. Nicholas Fogg’s books include Hidden Shakespeare: A Biography, The Voyages of the Great Britain and A Town at War. 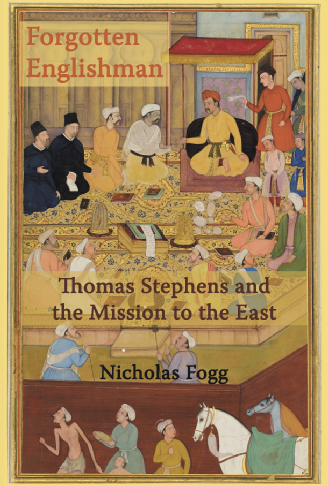