Until comparatively recently, historical studies of English Catholicism have lavished attention on the ‘Age of Martyrs’ of the sixteenth and seventeenth centuries or on the ‘Second Spring’ of the nineteenth century, while the eighteenth, a century of ‘persecution without martyrdom’ as Edwin Burton described the life and times of Richard Challoner, is largely passed over. That neglect is wholly unwarranted. The creation of the four Vicariates Apostolic in 1688 marks the foundation of the modern Roman Catholic Church in England ND Wales and a series of significant ecclesiastical developments affecting the disposition and operation of the mission followed over the next century and a half: its emergence from ‘seigneurial’ rule, its shift from its rural strongholds into the towns, and its metamorphosis into a centrally-managed organization.  In the secular field, this was the age when major political crises relating to Catholicism arose, when Catholics threw off discrimination and oppression and by degrees emerged from recusancy to full citizenship; and when the sociological character of the English Catholics changed completely. Theses were all important enough singly, but cumulatively they amounted to nothing less than a radical transformation of the structure and outlook of the English Catholics. The later achievements of the Church of Cardinals Manning, Wiseman and Newman could not possibly have been won without the perseverance and vigour of the eighteenth-century recusants. 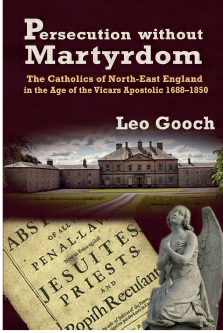