A Book of Saints and Heroes
Joanna Bogle

Life is a great adventure. God calls each of us to do something that is unique, to give some particular service that only we can give. As we grow up, we pray about this, and are open to hear God's call. This book is about men who did that. They are heroes, men who put a priority on God and on truth, on serving others and on doing the right thing. They knew that these things are much more important than personal comfort or well-being. Reading the stories of heroes can be exciting, but also a bit daunting. It can make us think "Would I be brave enough to do that?" But people aren't born brave. They acquire courage as we can acquire other virtues - by prayer and by practice. Today there are still martyrs for the Faith - and people who endure hardship and difficulty rather than betray what they know to be true. In this book, Joanna Bogle has written about some of the great saints and heroes from long ago - St Peter, the very first Pope, St Edmund, the boy-king in Saxon England, St Thomas More, who lived and died under King Henry VIII. But half of the book is about men who lived in more modern times - including the 20th century and one who lived into the 21st. These are men whose lives really are quite close to our own. And who will be the saints and heroes of the years to come?

A Book of Saints and Heroines
Joanna Bogle

The world needs Christian heroines: women of faith and courage who will serve God and neighbour in every different situation. Down the centuries, there have been remarkable women heralded as saints: martyrs, mystics, missionaries, women involved in politics and community life, women working in education and in medicine, women raising families, women shining with courage in grim or terrifying places. This book is about some of them, including some honoured by the Church in recent decades, whose stories are only just beginning to become known, heroines for new generations to discover. 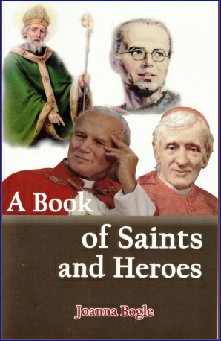 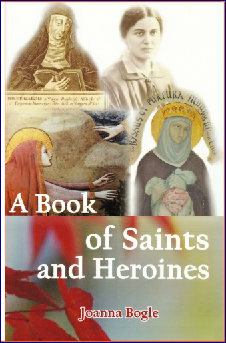