of the Early Kings of Northumbria

Bede was a monk of the joint monastery of Monkwearmouth and Jarrow in the late seventh century into the early eighth, and England’s first historian: his ‘Ecclesiastical History of the English People’ is our greatest source for the history of early Anglo-Saxon England. Yet Bede was also a leading scholar of the Church and much of of his effort went into biblical exegeses, many of his works in this field surviving to this day.

In this book, Clive Tolley looks at some events in the reigns of three early kings of Northumbria, Bede’s own homeland, and seeks to develop a better understanding not only of what took place from a ‘secular’ point of view, but also of a more ‘spiritual’ perception of history such as Bede himself espouses, based on his own biblical reading of history. 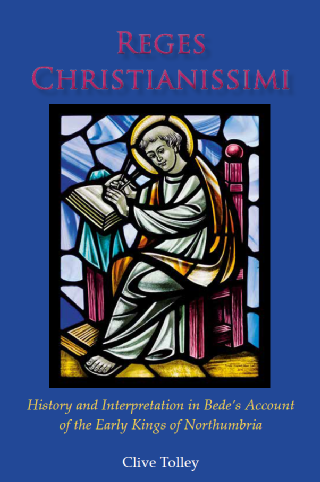