The Year of Thamar’s Book is set in the months from the spring of 2015 to the summer of 2016. An elderly recluse living in a quiet village in Burgundy discovers that he is not as alone in the world as he has for many years assumed. His grandson, well-educated but ignorant, comes to the village to help the old man turn into a book the chaotic pile of manuscript that tells the story of a difficult, painful yet luminous life. As he writes, and listens, the young man learns a good deal, and begins to understand not only how French colonial history and the horrors of wars in Algeria formed and hurt his grandfather, but also how their lasting consequences are still damaging his country and his own family. At the same time he begins to understand his grandfather’s faith.

The Year of Thamar’s Book is Lucy Beckett’s most ambitious work to date. It is beautifully written, with its delicate and leisurely descriptions of nature, and it was an inspired idea to have at its core the Algerian war of independence which has not been dealt with before in English fiction. The breadth and scope of its interlocking narratives work extremely well, as does Beckett’s clear and courageous elucidation of the Catholic faith.

Lucy Beckett is a novelist, historian and literary critic. Among her books are studies of Wallace Stevens and Wagner’s Parsifal, a major survey of the Western literary tradition in its Christian context, and three novels, The Time Before You Die, set in the English Reformation, A Postcard from the Volcano, set in Weimar Germany, and The Leaves are Falling, set in the borderlands of Poland and Russia during World War II, which won the 2015 Aquinas Award for Fiction.

She was educated at Cambridge University, has lived in Yorkshire all her life, is married to the musicologist, John Warrack, and has four children and ten grandchildren.

On The Time Before You Die:

“This great novel places us in the turbulent time of the English Reformation where we experience the common trauma of the day, and then, as in all excellent historical fiction, we ask ourselves, ‘Where does my choice lie?’ Seldom has this challenge been given so well. Beckett is a very gifted writer.”
Michael D. O’Brien, Author, Father Elijah: An Apocalypse

On A Postcard from the Volcano:

“Lucy Beckett has the rare gift of making a fictional account more illuminating of its context than many a factual history can do. Altogether this is one of the most intelligent, sensitive, and gripping novels that I have ever read.”

“Beckett is superb in her handling of the bigger picture. This is a deeply interesting book by a highly intelligent writer.”

Ways of Praying provides a thorough introduction to the many different methods of prayer in the Christian tradition, and allows the reader to understand their own prayer practice ― and go deeper. For over thirty years this little book has provided sure and helpful guidelines for developing a personal life of prayer.

This book should prove a useful and easily available reminder to priests, religious and laity, and especially to young people, of the vital importance of prayer.                                    Personal prayer is possible for everyone and is an indispensable means of fostering a close relationship with Christ Our Lord. I am particularly pleased to see the emphasis given to the reception of the sacraments, especially the Sacrament of Reconciliation, and also the part played by sacramentals in prayer. I hope that Ways of Praying will be read and used regularly by all those who desire to grow in the spiritual life. 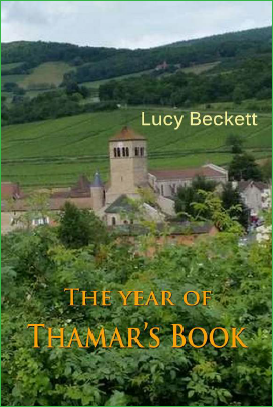