Letters to a Non-Believer

In his best-selling book A Catholic Replies to Professor Dawkins, Thomas Crean gave a clear and sophisticated response to the modern atheist phenomenon. In Letters to a Non-Believer he goes beyond the mere existence of God to look in detail at the more distinctively Catholic aspects of Christian belief: Christ’s death and Resurrection; questions of evil, suffering and free will; and the need for the Church and the Sacraments.

Writing in his usual clear and precise style, Crean makes the rational arguments which underpin Catholic teaching accessible to every reader, marking himself out as a true philosophical heir to great medieval thinkers like St Thomas Aquinas, and the literary heir to modern Christian expositors such as C S Lewis.

Fr Thomas Crean is a Dominican friar, a hospital chaplain in Leicester, and a tutor for the Maryvale Institute. In addition to A Catholic Replies to Professor Dawkins (published in the United States as God is no Delusion), he has also written The Mass and the Saints, a commentary on the liturgy. 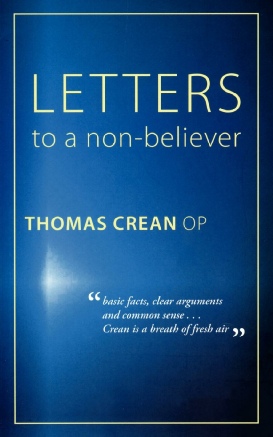