The received wisdom is that no friendly contact between Anglicans and Roman Catholics existed from the Reformation until the Second Vatican Council - with the exception of the Malines Conversations hosted by Cardinal Mercier in Belgium in the 1920s. This work conclusively rebuts that assumption.

Based on recently discovered archival material, it describes in detail highly-confidential Conversations on the subject of Reunion which took place in London in the early 1930s between an impressive team of officially-sanctioned Catholic prelates and scholarly, if somewhat eccentric, Anglicans disturbed as much by moral as doctrinal concerns. The Conversations explode the myth that the English Catholic hierarchy of the period was uniformly hostile to ecumenical contact.

These ground-breaking discussions challenge us today to re-examine the nature of the Church and authority, and to re-assess the objectives of ecumenism. At a time when the endeavour appears to have lost impetus, this book is an incentive for us to regain the imperative of Christ that all His disciples might be one.

MARK VICKERS was born in Lincolnshire in 1966. He read History at Durham University and practised with one of the City law firms. Having studied for the priesthood at the English College in Rome, he was ordained for the Diocese of Westminster in 2003. He is currently a parish priest in West London. He has previously published two biographies, St Eustace White: Elizabethan Priest and Martyr and By the Thames Divided: Cardinal Bourne in Southwark and Westminster. 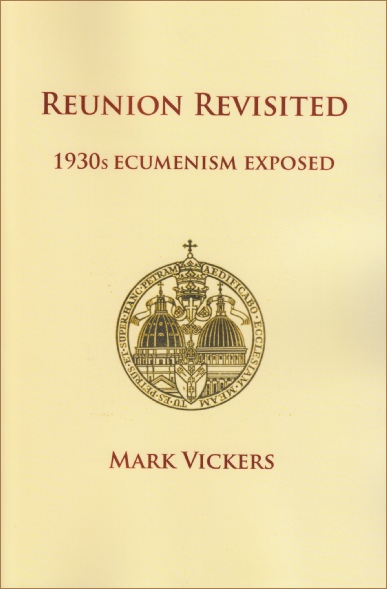