Although now almost forgotten, in the 1840s Thomas William Allies, rector of  Launton in Oxfordshire, was a household name, regularly castigated in the press as a Puseyite conspirator bent on subverting Protestant England. Charles Dickens hailed his conversion to the Catholic Faith in 1850 as the final unmasking of a traitor. It was Allies's rejection of Royal Supremacy that led him to Rome and transformed him into one of Anglicanism's most bitter and articulate critics, and a fierce advocate of papal supremacy.That he would become a dogmatist and Ultramontane of such fervency as to almost destroy a close friendship with John Henry Newman, would have astonished those who recalled Allies as a young man who dreamt of being a great poet. It was the failure of this vision and his subsequent breakdown that recreated him as a man of religion, with a vocation to the ordained ministry of the Church of England. Forsaking the security of his Anglican rectory, Allies and his family were cast adrift. Eventually he found a role as Secretary to the Poor School Committee, and played a key part in the shaping of Catholic primary education, particularly in furthering the work of Training Colleges for teachers. The importance of his work for Catholic education in England, spanning nearly forty years of its early development in the nineteenth century can scarcely be overemphasized. However, it was as an historian that he sought to achieve recognition. While The Formation of Christendom, published in eight substantial volumes, failed to achieve the impact that he had hoped for, Cardinal Vaughan was to comment 'It is one of the noblest historical works I have ever read'.This comprehensive biography, the first to appear since the Life published in 1907 by his daughter, offers a wider re-evaluation of Allies's contribution to English religious life in the nineteenth century. 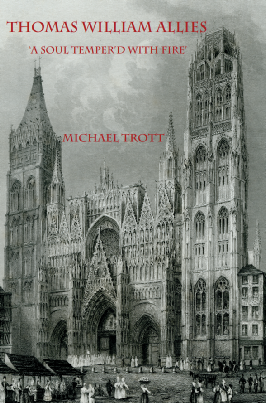