The Christians of Iraq have been through a contemporary Calvary since the Coalition invasion in 2003, but have not yet reached the bottom of the hell into which they have been thrust. At least two thirds of the Christian population of Iraq have left their homes and thaining are living in fear. The Christians of Syria who came to their aid in 2006-7 are themselves going through a similar experience, the rise of IS and other radical ideological movements causing the displacement of millions of people in the region.

Christianity was firmly established in Iraq from the earliest times, and the Churches of Iraq were to play a major role in the development of Christian theology and spirituality for many centuries. By the seventh century evangelization from Iraq had brought Christianity to China, Central Asia and India. Yet few people in the West are aware of Christianity’s vibrant past in this region, or of the fact that Christianity has continued to be a significant cultural and religious presence in Iraq right up to the present day.

The story of the Churches of Iraq, their interaction with each other and their varied fortunes under successive Parthian, Sassanid, Arab, Mongol and Ottoman rule, is told here with consummate skill. Suha Rassam guides the reader seemingly effortlessly through complex issues of doctrinal dispute and ecclesiastical politics. She helps us to explore the ancient heritage of these Churches, and the major contribution they have made to the intellectual development of the region and the wider world.

This book also sheds much-needed light on the current dire situation for Christians in Iraq when the response of the International community to their plight has been far from adequate, with general silence from western governments and poor coverage in the media. In the United Kingdom the only newspapers that have adequately and consistently reported the news of persecution of Iraqi Christians are religious papers such as the Catholic Herald. The only Western leader to show special concern for the situation of Christians in the Middle East has been Prince Charles, who visited Iraqi churches in the United Kingdom during the Christmas season of 2015 and gave an impassioned plea on behalf of the persecution of Christians in Iraq. Elsewhere only the Russian president, Vladimir Putin, stands out as voicing his concern about the dire situation of the Christians of the Middle East, where insidious pattern of anti-Christian violence that has now reached the level of genocide. 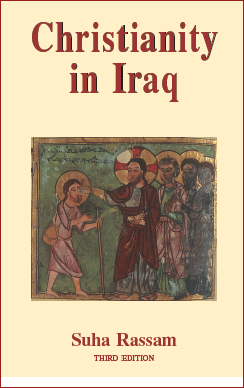