Famously, Blessed Dominic Barberi (1792 – 1849) received Saint John Henry Newman into the Catholic Church, yet even the most renowned Newman scholars hardly pause to consider the significance of the man at whose feet Newman knelt to make his confession on a stormy night in October 1845.

St John Henry had known of Blessed Dominic for at least four years by the time of his conversion, admired him greatly and knew that Blessed Dominic had longed to minister in England for most of his adult life. Newman also knew that Blessed Dominic was a gifted theologian, though he may not have known what a prodigious author he was, or of his extraordinary spiritual gifts – his ecstasies and visions, his prophetic insight and ability to read souls – and almost constant experience of the ‘dark night’ of the soul, spiritual agonies constantly offered up for the conversion of England.

Such was the man, ‘a little Italian priest in comical attire’, whom God sent to that most English of pastors, St John Henry Newman, and the man in whom Newman recognised the voice of Christ calling him into ‘the one true fold of the Redeemer’.

‘Broken by labours undertaken for the glory of God and the conversion of England’, Blessed Dominic died in Reading in 1849 having accomplished eight years of fruitful ministry in England. In that brief time he had preached over a hundred missions, founded Passionist retreats and built churches.

In this short biography Fr Gerard Skinner pens an introduction to one of the least known yet most influential apostles to the English.

Gerard Skinner studied at the Royal Academy of Music in London and the Venerable English College in Rome.  A priest of the Archdiocese of Westminster, his other books published by Gracewing include Newman the Priest and Father Ignatius Spencer, the biography of another great Passionist and close friend of Blessed Dominic. 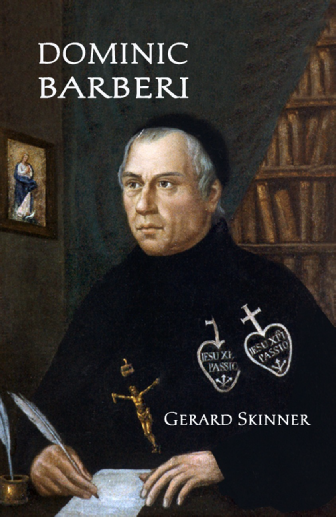