Edited and translated by Harriet Murphy

Raphael, Cardinal Merry del Val, Secretary of State to Pope St.Pius X from 1903 to 1914, was born in the Spanish Embassy in London in 1865, the son of a distinguished Spanish diplomat of Irish origin and English mother.

Educated by the Jesuits, he was to become a priest after a brilliant period of study, first in England then in Rome. Jealousy long supposed he owed the prodigious rise of his career to a privilege of birth, the truth is very different—far from seeking honours he only ever wished to be an ordinary priest—however, from an aristocratic background and speaking many languages, the Vatican had great duties for him. He died in Rome in 1930 and is buried in St. Peter’s Basilica. This collection of his work includes sermons, prayers, writings on the Saints, Sacraments and Mary, addresses to conferences and letters of spiritual direction. 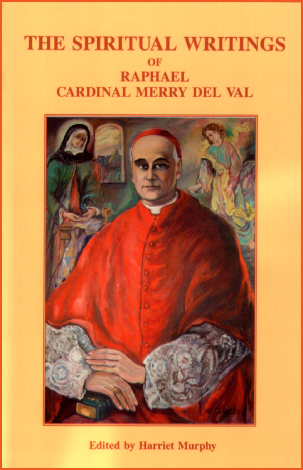