In Search of
the Sacred Image

What sacred images should surround the faithful at worship and be available to them for instruction, in meditation and in prayer?

Aidan Nichols, one of the most respected and prolific Catholic writers of our time, has investigated the relation between Christianity and the visual arts in a number of books covering the history of Christian art from its beginnings through to the partial triumph of  the Modernist movement in the 1950s.

Now he looks in detail at the development of spiritual art in Europe in the nineteenth and twentieth centuries. He traces how the great tradition of iconography in Russia came to be preserved, paradoxically as a result of its very persecution, and then rediscovered. Simultaneously, artists in Western Europe were re-appraising the so-called ‘Primitive’ artists of mediaeval Italy, Flanders and Byzantium, while in Britain the Pre-Raphaelite brotherhood revolutionized art and aesthetics.

This fascinating study of these parallel movements sheds new light on the spiritual art of the period. More importantly, it asks us to look again at that art and its role in divine revelation, to see what riches are there and what lessons may be learned for a reinvigorated sacred art today.

Aidan Nichols, OP, is a Dominican of Blackfriars, Cambridge. His other titles from Gracewing include Catholic Thought Since the Enlightenment; Lessons from a Rose-Garden: Reviving the Doctrinal Rosary; and Year of the Lord’s Favour, a four volume Homiliary for the Roman Liturgy. 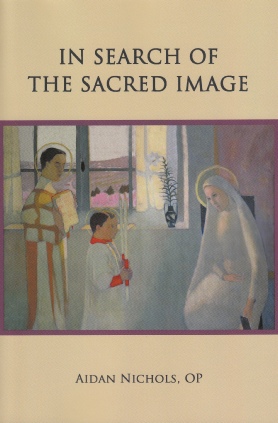