‘What was from the Beginning’
The Emergence of Orthodoxy in Early Christianity
Prosper Grech, OSA

In recent years, historians of early Christianity have been engaging a running debate on whether we can speak of a standard Christianity in the first centuries of our era or whether there was initially a variety of Christianities on a par, of which one 'Catholic' Christianity prevailed.

In this case what were the factors that led to its emergence and the gradual disappearance of its rivals? Is it right to speak of orthodoxy and heresy in the early Church or was orthodoxy merely an imposition by some prevalent faction? How did the Church in the first centuries of its existence resolve her theological and structural problems to reach catholicity against doctrinal, social, political and disciplinary challenges up to the point when she called herself the Church Catholic?

Here a pre-eminent expert in New Testament studies helps to clarify questions over the Early Church that often cloud ecumenical discussion today, questions of Jewish Christianity, Gnosticism, Arianism and the emergence of Catholicism in the Church.

Prosper Grech examines these problems and singles out the criteria early Christians used to distinguish what they considered as the right faith from erroneous doctrines, providing a useful contribution to the ongoing debates about the rise of orthodoxy in early Christianity and the present ecumenical movement. 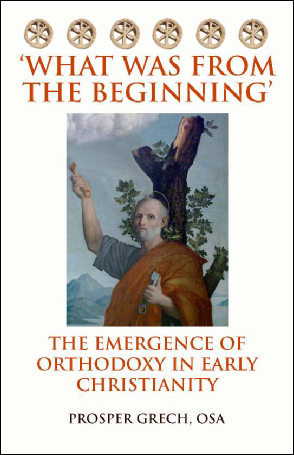