Elizabeth Hayes (1823–94) was a woman whose personal life and achievements are of significance in both British and North American religious, social and literary history. Born on the Island of Guernsey, the youngest child of an Anglican schoolmaster-clergyman, she embraced the Oxford Movement then Catholicism. Strongly committed to living a Franciscan way of life, as foundress, teacher, religious sister and journalist. No minor player in Victorian Catholic journalism, she wrote, edited, published and distributed through her sisters the first English Franciscan journal initiated in 1874.

Concerned for the poor, she had a bold and broad vision, while her capacity to mingle comfortably with key religious and literary figures of the period in England, Paris, Rome and North America set her apart.  In an age of journalism she ventured confidently into an area where most women writers struggled for acknowledgement.  Many journals proved ephemeral, yet Elizabeth’s monthly periodical, published first in Minnesota, then in Georgia, and, finally, in Rome, was to endure. 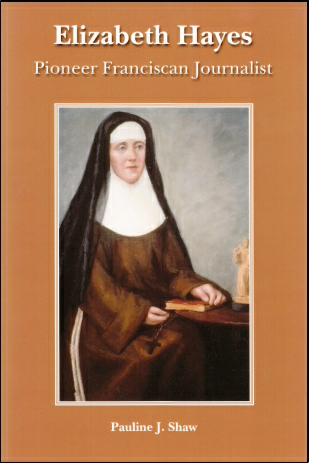