Edith Stein, the daughter of a Jewish family, was born in 1891.  After a spectacular academic career, she became a cloistered Carmelite nun.  Nazi persecution followed her from Germany to Holland, and in 1942 she was taken from her convent and deported to Auschwitz where she died in the gas chambers together with her sister Rosa.

In this lucidly written book, Pat Lyne provides us with a engaging portrait of a saint with

whom we feel she has such affinity.  This book seems to me to be the perfect introduction. 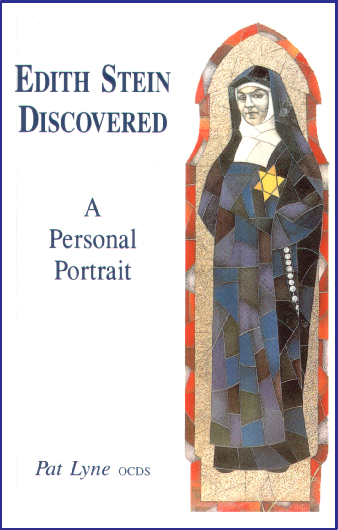