On the Incarnation of Christ

Against the Heretic Nestorius

St John Cassian’s treatise on the Incarnation is of a very different character to his better-known works of spirituality, the Institutes and the Collations. Written in 429, it was part of the build-up to the condemnation of Nestorius in 430 and 431. The doctrine of the nature of Christ remained largely intact, even through the upheavals which afflicted Christendom during the sixteenth century, so that Catholics, Orthodox and Protestants could at least agree on that.

That all changed in the twentieth century, when the ‘modernist’ or ‘liberal’ movement in theology gained control over most Protestant and many Catholic writers. Many moderns, who still claim to be Christians, have consciously of unconsciously revived all the erroneous opinions which Cassian nicely terms the ‘weeds’ in the garden of God.

Cassian teaches the fundamental Catholic principle of ongoing revelation through both Scripture and Tradition, and the authority of the living Church. In support of his work, he quotes the Fathers, the great writers who have been accepted as authoritative by Orthodox and Catholic alike, although of course they were his own actual or near contemporaries. He shows how the true interpretation of the Bible leads only to a Catholic conclusion: Jesus Christ is true God and true Man. 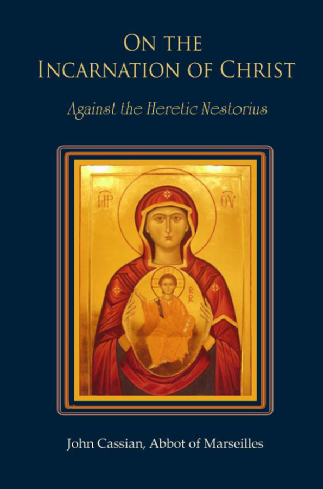 The Twenty-Four Conferences or Collations of St John Cassian, written in the early fifth century, were to have a tremendous impact in the West on the spirituality of monastics and other Religious. A classic of spirituality, they were compulsory reading for St Benedict's monks, the favourite spiritual reading of St Dominic in the late twelfth century and were treasured by St Philip Neri in the sixteenth. The Collations were likened by St John Cassian himself to the twenty-four elders of the Apocalypse, who lay their crowns before the Lamb. Whatever glory they have, they attribute it all to the Word of God made flesh, who speaks through them, as He speaks through Cassian their editor, and indeed, if God wills, through their translator Cassian and his companion Germanus interview a number senior monks and hermits, asking them about difficulties in prayer and in living the Christian life, and are given answers that display a surprising degree of psychological insight into human nature. Although these interviews were first written down for monks, there is much in them that can be applied to the spiritual life of all Christians. This new translation, by a Father of the Oxford Oratory, brings Cassian to life for the twenty-first century. 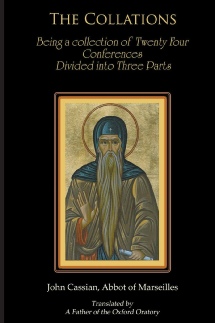