Allan Chapman has had a life-long fascination for ghost stories, with an imagination fired from a childhood spent in a tiny, initially gas-lit cottage in Lancashire. This imagination lies at the heart of Ghosts that Never Haunted Christ Church.

With the exception of  the story of the revival of Anne Greene, a well-documented true story from 1650, and the recent ‘Ghosts that might well haunt Christ Church’, all the tales in this book are a curious mixture of genuine historical fact, legend, and fiction. For while many of the ghosts in these tales may not have haunted Christ Church - or at least not in the way described - the historical setting which they haunted is largely true. The names of real historical figures and Christ Church buildings which either still exist or were later demolished to be replaced by more recent ones all intermix to form an entertaining combination of fact and fiction.

Over the centuries, Christ Church has displayed three notable features: the Cathedral Church, with its Canons and clerical dons; a rich and glorious musical tradition; and great distinction in scientific and medical research. They all appear, in various guises, in these ghost stories. Clergymen, choristers, organists, chemists, scientists, heroic College porters, inventors, animals, and anatomists are all there.  Yet whether a tale be heart-warming, grisly, or downright horrific, each resolves into its own positive ending. For Christ Church has never been a bleak or negative place, preferring good fellowship to angst and misery; and so with its ghosts. For at the end of the day, peace comes to all.

So read on, and prepare to be affrighted, amused, and delighted! 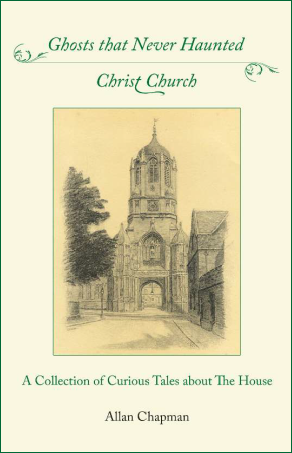 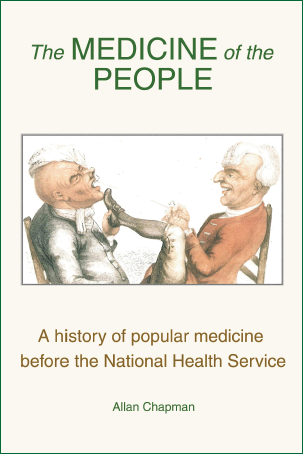 The Medicine of the People

A History of Popular Medicine Before the NHS

So much research in the history of medicine has been devoted to the development of medicine as a progressive science. The Medicine of the People, however, looks at the medical perceptions of lay people over the last four centuries. Lying at the heart of these perceptions is a set of ideas first formulated by Hippocrates, Aristotle and other ancient Greek physicians, which tried to understand illness in terms of vital properties. These included the four Humours of Yellow Bile, Black Bile, Blood and Phlegm, the centrality of the heart as a ‘sensitive’ organ, the brain as a cooling plant for the blood, and health as a state of balance between hot, cold, moist and dry forces.  Such a notion of disease runs through Chaucer, Shakespeare and the early academic physicians, though it lost scientific credibility in the eighteenth century.

Seventy years after the institution of the National Health Service in Great Britain, The Medicine of the People traces the persistence of the old traditions before its foundation – through popular writers, preachers like John Wesley, Victorian quack advertising and even music hall songs. Based on extensive archival research and interviews with elderly people and doctors, The Medicine of the People looks at an approach to medicine originating in the ancient world, widespread in mediaeval times, familiar to Shakespeare’s groundlings, part of the culture of Victorian factory-workers and which came to be re-invented as alternative medicine.

Allan Chapman is a graduate of the University of Lancaster; he received his D.Phil. from the University of Oxford and holds three honorary doctorates from other British universities. He is the author of The Victorian Amateur Astronomer, also published by Gracewing, as well as ten other books on the history of science and around two hundred articles in international academic journals. He lectures in the Faculty of History at Oxford University, is a Member of Wadham College and an Associate Member of Christ Church Senior Common Room, Oxford.