Fr Bernard’s Basset’s Newman at Littlemore has been a source of knowledge and inspiration for countless Newman friends since it was first published in 1983. Fr Basset lived at the College in his retirement and so brought personal detailed knowledge and experience of the College to his readers. His witty style increases the pleasure with which one makes acquaintance with John Henry’s friends, family and parishioners. The illustrations help us to form a picture of Newman’s Oxford which played such an influential part in the life and thinking of this “eminent Victorian.” It was especially at Littlemore that Newman in the words of Pope St Paul VI “guided solely by love of the truth and fidelity to Christ, traced an itinerary, the most toilsome but also the greatest, the most meaningful, the most conclusive, that human thought ever travelled during the 19th century indeed one might say during the modern era, to arrive at the fullness of truth.”

I am pleased that Gracewing have undertaken to republish this valuable work. Since 1986 the Spiritual Family the Work have taken care of The College with great love and devotion. Under their auspices it has developed into a place of pilgrimage for Newman friends from around the world. This new edition of Newman at Littlemore has been edited and enlarged by the community of the Work and for this pilgrims to Littlemore will be grateful.

Bishop of Hexham and Newcastle 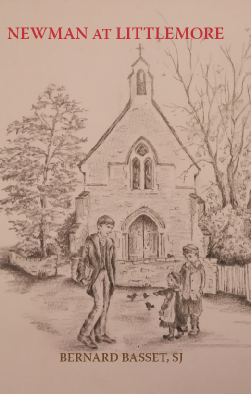