The strong and continuing interest in John Henry Newman, particularly following his beatification by Pope Benedict XVI on his visit to Britain in 2010,  brought the thought that pilgrims might find it useful to have a guide to places in London associated with him: where he was born, where he grew up, where he spent childhood summers…the places of which he had warm memories, later recalled during his long life.

The cities with which Newman is chiefly associated are of course Oxford and Birmingham, so this book obviously has information on these. Guidebooks to both cities give due attention to this great figure.   But the visitor to London who seeks information about Newman has hitherto not been given much help. This book is an attempt to remedy that.

The book is designed not only to help the Newman pilgrim on travels, but also to be read simply for enjoyment, and to provide background information on Newman’s life and the importance he has in our country’s Christian story.

This book guides us through Newman’s London.  It is intriguing to discover the places that he knew. The house where he was born, near his father’s bank in the City, no longer stands but the Square Mile is still a teeming place of banking and business. The rural Ealing, where he arrived in a stagecoach for boarding-school, has vanished under suburban streets.  The family’s summer home to along by the Thames at Ham, however, still has an air of peaceful country living.

For Londoners and visitors alike, discovering Newman’s London can bring the story of this great man’s life into focus.  It is a wonderful way of exploring the message that he has for us today.

I wish all pilgrim readers of this book every blessing and joy!

Joanna Bogle is a Catholic journalist and broadcaster and the author of fifteen other books, all published by Gracewing. 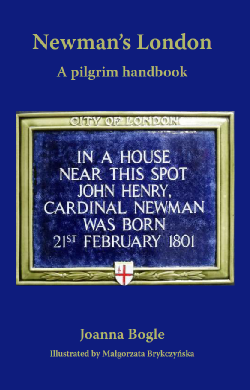 A new edition of the guide to the places and buildings associated with Newman during his years in Oxford 1816-46, including many illustrations and a useful map. 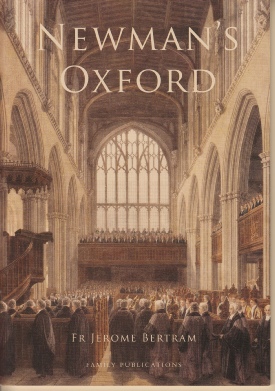