Paperback - 604 pages
978 085244 975 2  £30.00
Prologue to the paperback edition introduces Edward King's life and work in the context of the mission and vision for Anglicanism of John Henry Hobart, Bishop of New York and a major force for change and reform in the Episcopal Church of America, and the profound influence that Hobart exercised on the development of the19th century Church of England and the Oxford Movement.

EDWARD KING, as teacher, pastor, bishop and acclaimed saint, through his personal influence and holiness of life, radically challenged and changed the character and face of the Church of England and the wider Anglican Communion. Besides all other high qualifications he had a gift of empathy and sympathy so extraordinary that it was said to amount to 'nothing less than a form of genius'. Ordained in 1854, King was chaplain and then Principal of the newly created Theological College at Cuddesdon. He subsequently spent twelve years in Oxford as Regius Professor of Pastoral Theology, and the remainder of his life, from 1885, in Lincoln as the much-loved Bishop. Edward King virtually invented pastoral theology as a serious subject in the Anglican Church. He was concerned to train a clergy who were pastorally, theologically and professionally competent in a way seldom seen before. As a bishop he exercised his ministry among the needy and the vulnerable, through an apostolic witness to the ordinary laity of the diocese. In his teaching, his personal and pastoral ministry and most conspicuously his lengthy episcopate, he embodied and communicated that gospel, life-affirming, tradition which in turn speaks so powerfully to the needs of the world in any age.

MICHAEL MARSHALL, a former Bishop of Woolwich and Director of the Anglican Institute in St Louis, Missouri, was educated at Lincoln Grammar School and Christ's College, Cambridge. He trained for the ministry at Cuddesdon, and has served as Tutor to Ely Theological College, Chaplain at London University, Vicar of All Saints, Margaret Street, and Adviser in Evangelism to the Archbishops of Canterbury and York. Author of many books, now in retirement, he is an Honorary Assistant Bishop in the Diocese of London. 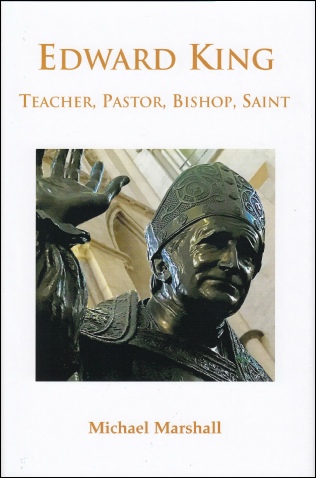