A Glimpse of Heaven

When Christopher Martin’s survey of Catholic churches A Glimpse of Heaven, with photography by Alex Ramsay, was published in 2006 it was a great and immediate success. It was “A revelation” according to both The Times and The Independent on Sunday, a “landmark” and “a pioneering survey”. Now the author has created a DVD which tells the extraordinary story of how the Catholic faith in England and Wales survived after the Reformation. The architectural legacy is breathtaking ranging from the imperious Gothic of Pugin and the High Victorians to the Byzantine magnificence of Westminster Cathedral or from a simple village in Cumberland to the unflinching Modernism of Liverpool Cathedral. The story ends with a triumphant return to the Classical style at Brentwood Cathedral—the last important Catholic commission in Britain. Taking part are architects, distinguished historians, churchmen and conservationists including Marcus Binney, Lord Camoys, Gavin Stamp, Mark Girouard, Abbot Geoffrey Scott OSB, Sophie Andreae, Bishop Thomas McMahon, Quinlan Terry and Austin Winkley. The DVD features Alex Ramsay's splendid still photography which is intercut with the brilliant cinematograohy of Charles Chabot. 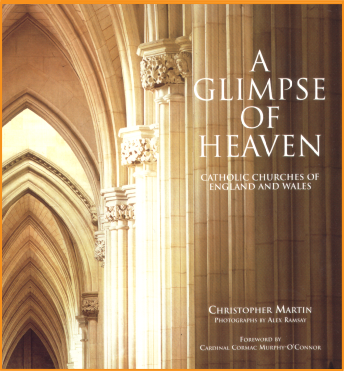