George Myers (1803–1875) was one of the mid-nineteenth century's great masterbuilders. From his workshops, first in his native Hull and later in London, he directed a nationwide contracting business executing many large and important contracts. These included the original army camp at Aldershot, military hospitals, asylums, workhouses, banks and commercial premises, country houses and restorations - among the last was the Norman Chapel of St.John in the tower of London.

But it was as the favourite builder of the prolific Gothic-revival church architect, designer and polemicist, A. W. N. Pugin, that Myers became well known, to the extent of earning himself the soubriquet “Pugin’s builder”. Described by Pugin as “a rough diamond, but a real diamond”, Myers executed most of Pugin’s English commissions, among them no fewer than four Catholic cathedrals—Birmingham, Southwark, Newcastle and Nottingham—all built within the space of a single decade. 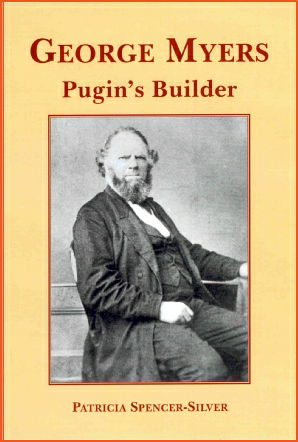